We are excited to announce that the “I Have A Dream” Foundation has been selected to be featured in this year’s CBS Cares campaign, a national public service campaign. As part of the campaign, CBS has produced PSAs about the “I Have A Dream” Foundation that will be aired in every CBS market across the country, to an estimated audience of 100 million viewers.

The campaign began in November 2015, and will continue through Spring 2016. We are also grateful to have had the opportunity to see our PSAs featuring Téa Leoni and Tom Selleck air during Super Bowl 50.

A major goal of this campaign has been to triple our online and social reach. Please join our movement. You can like us on Facebook, and follow us on Twitter, Instagram, and LinkedIn. We encourage you to use the guide below to share the campaign. We look forward to using this tremendous opportunity to provide our Dreamers with more visibility, resources, and access to success and we are honored to be partnering with the entire CBS Cares team. 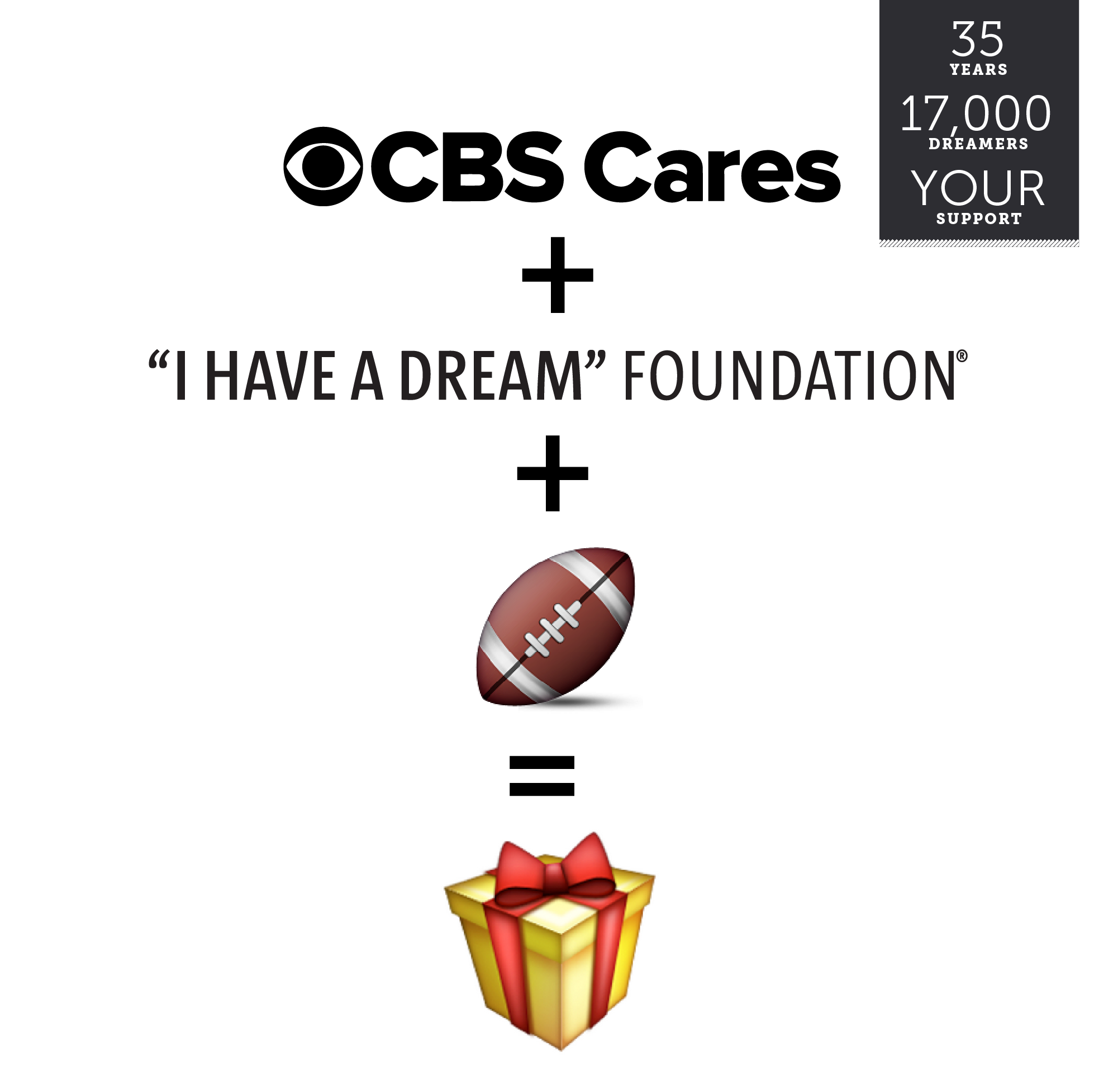 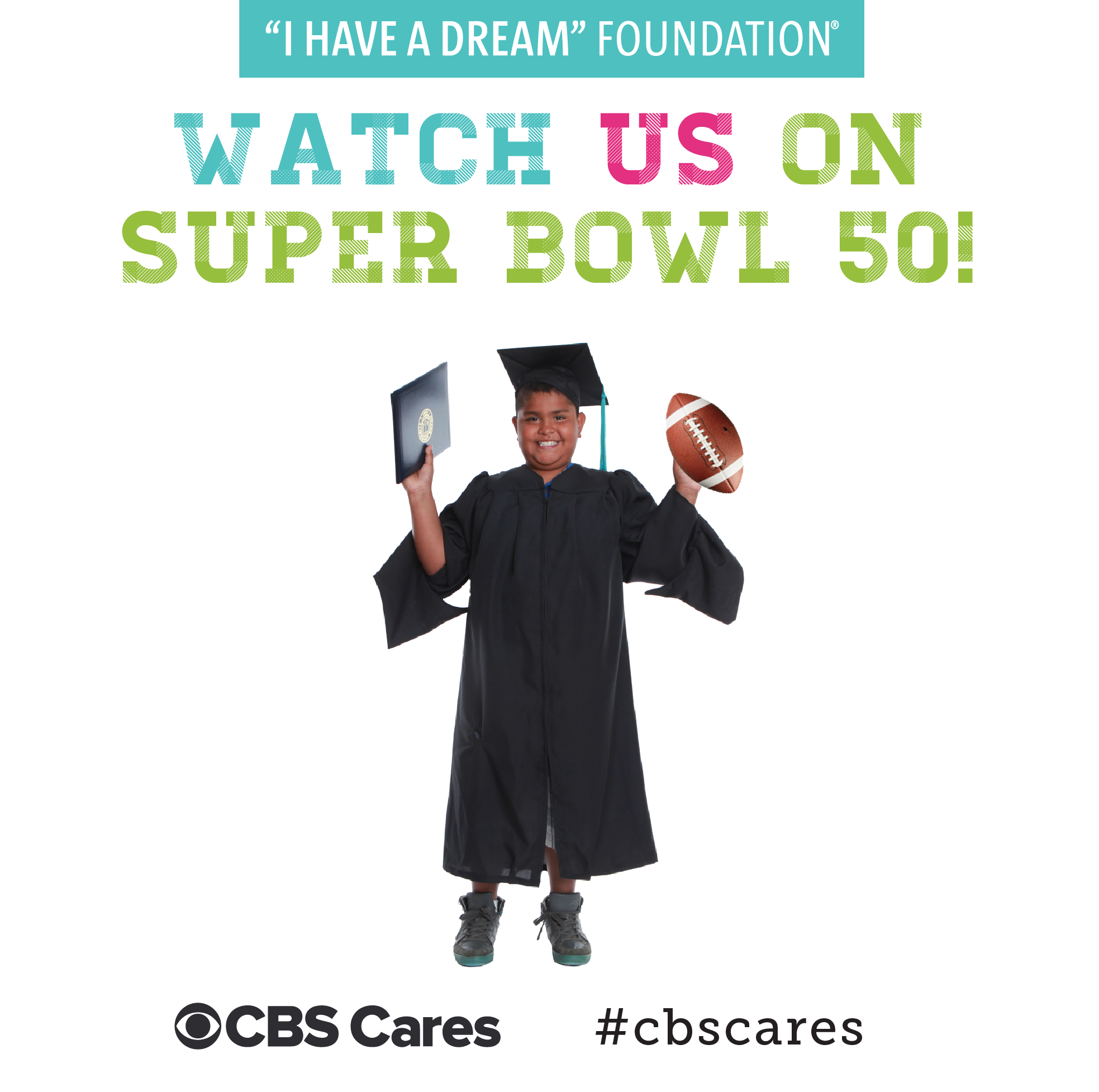 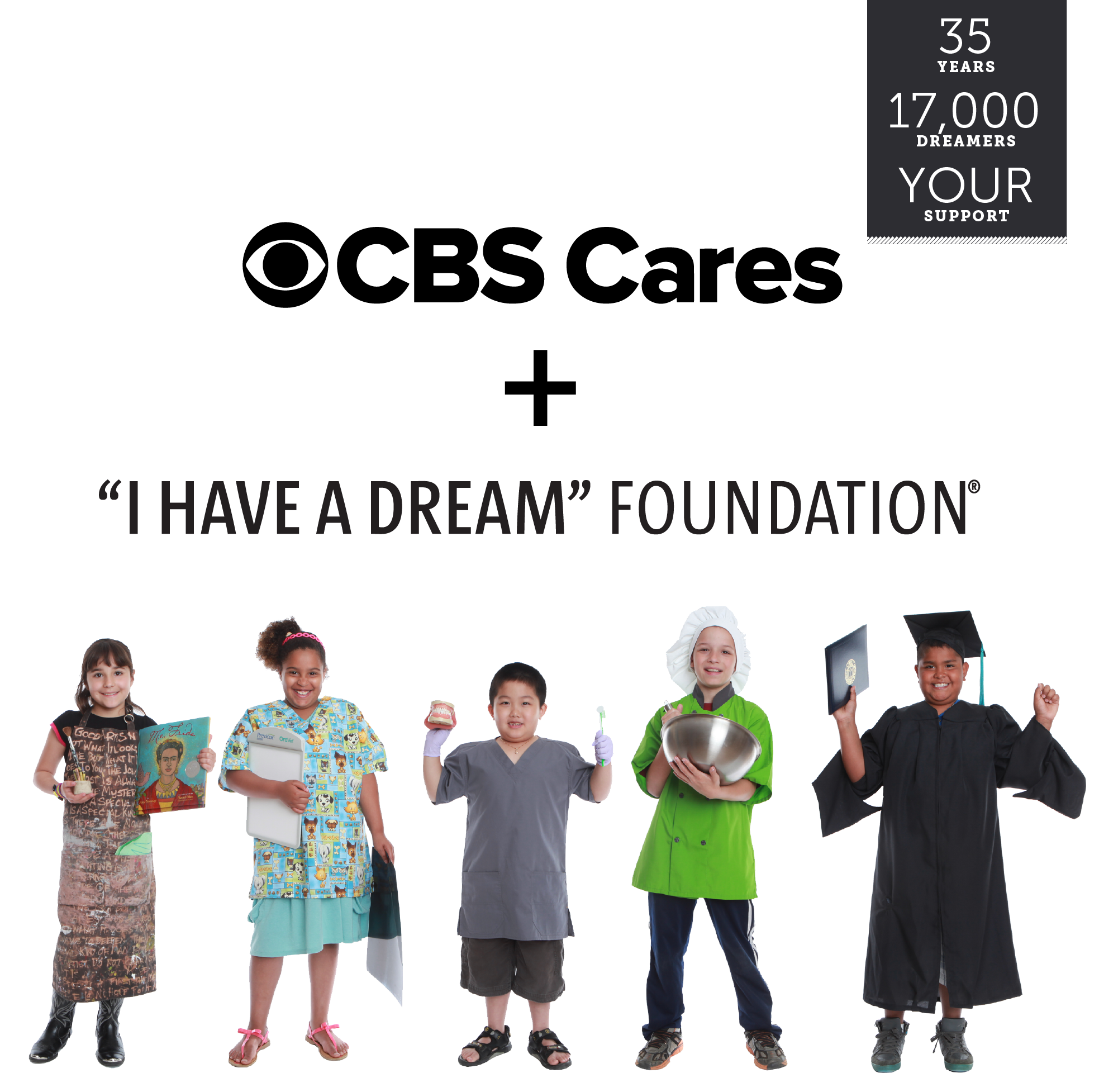 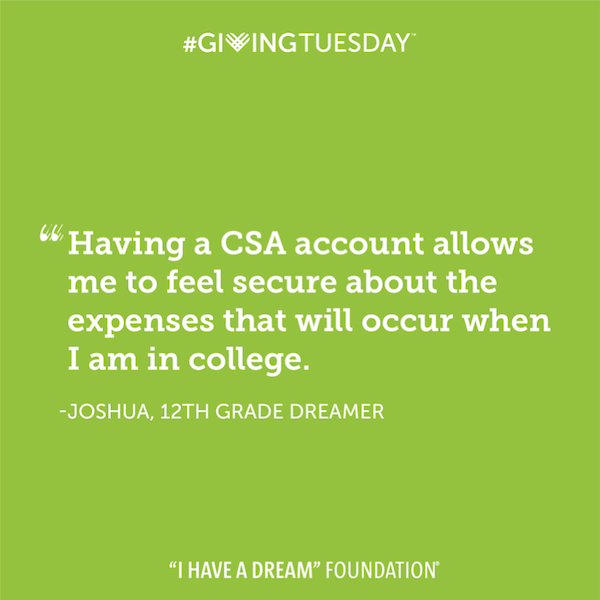 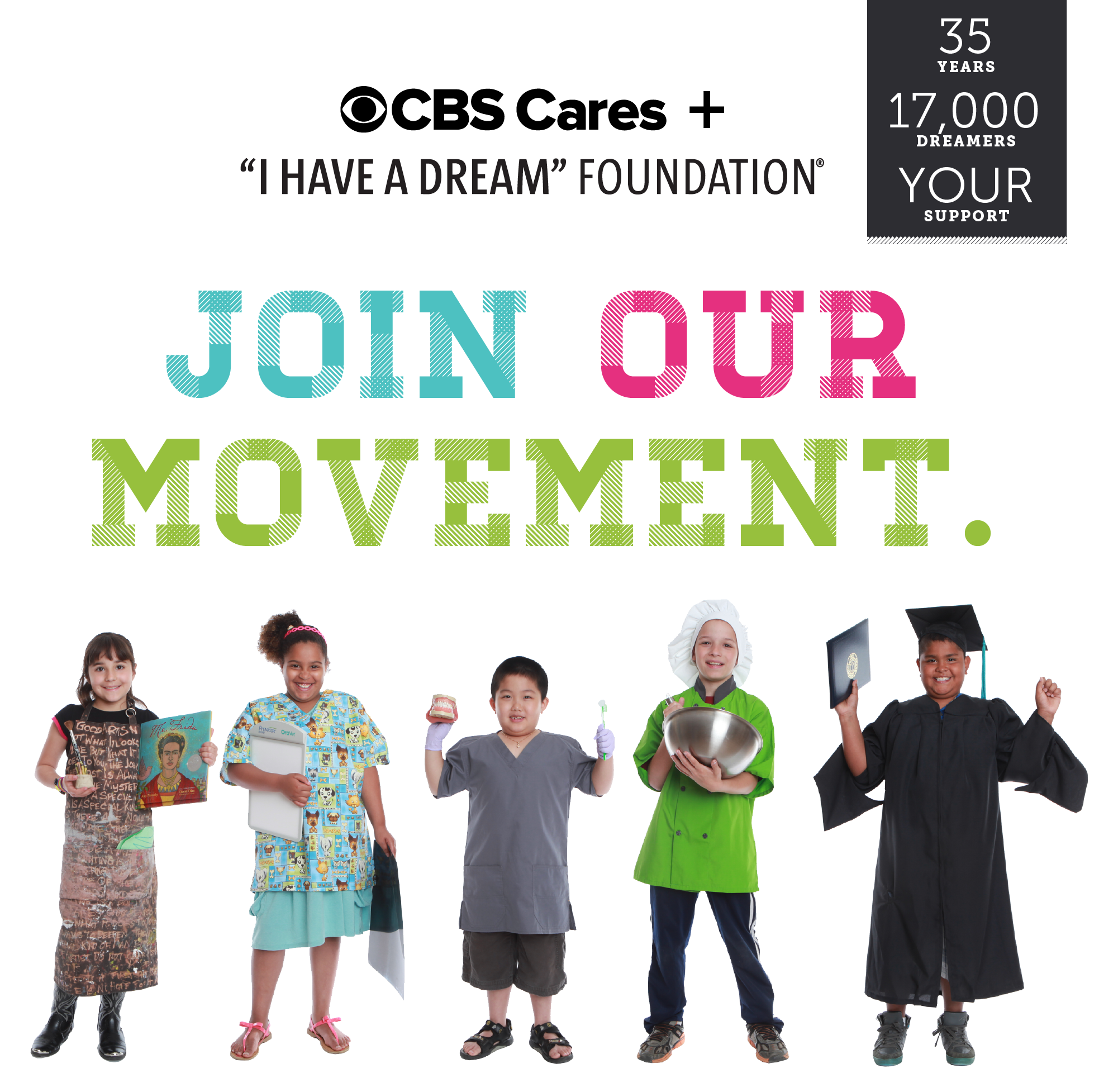 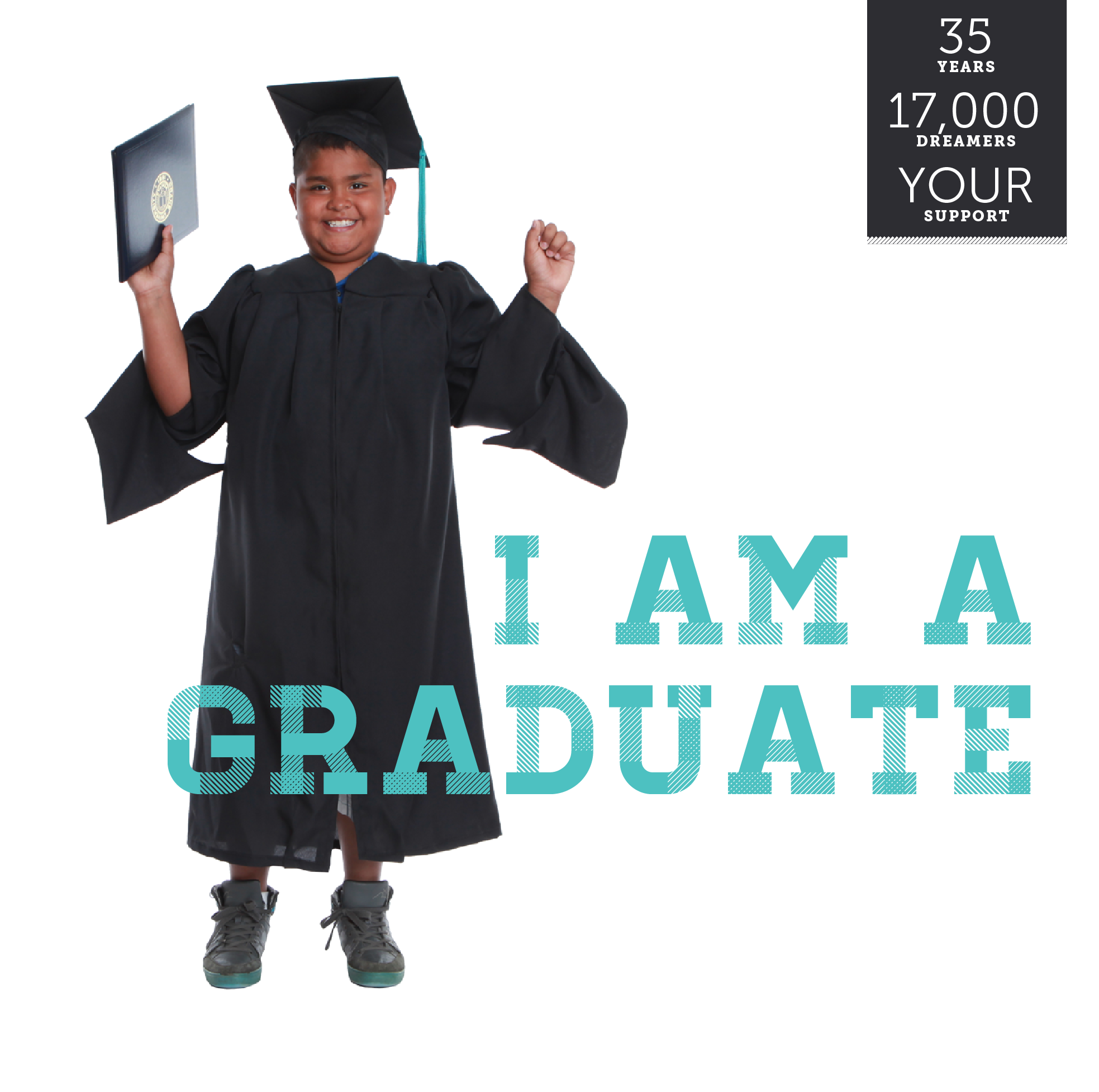 Why the "I Have A Dream" Foundation's Method Works


About the "I Have A Dream" Foundation